Mexico debates if Spain should apologize for crimes during the Conquista de México. The controversy shows the urgency to write a new history that fights contemporary racism and inequality.

On Memories, School and Earthquakes

In September 2017 Mexico was struck by earthquakes. The ruins have triggered many debates. How can history studies young people to comprehend natural disasters as products of human responsibility?

The post On Memories, School and Earthquakes appeared first on Public History Weekly. 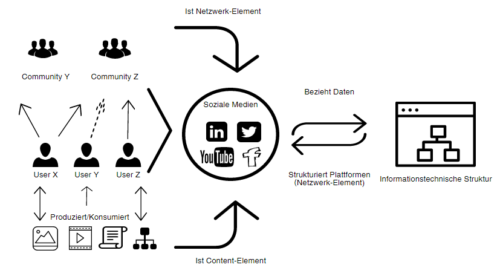 Borders In the Head: Comparing Mexican and Berlin Wall

In order to understand previous and contemporary political conflicts through history education in both formal and informal environments, it is imperative to comprehend what has happened and where a certain event has happened.

History Education in Times of Trump

What interpretations of Mexico-United States relations will the new curriculum of Mexican history recommend? What should we study to prepare a critical citizenry?

Public debates over the teaching of history in Mexico have focused on the inclusion of specific content and the interpretation of historical events that have marked the nation’s history. Nevertheless, contemporary didactic proposals have evaded the subject and have been concerned with the proximity between professional historical thought and its teaching, without modifying traditional historical narratives taught in schools. However, the pedagogical dispute about the inclusion of historical science in the classroom has pushed the country’s multicultural characteristics into the background. What does the teaching of contemporary history in Mexico include and exclude? How can the problem be thought of from an intercultural dimension?

The Politics of Interculturality

Driven by global policies in favor of the recognition of indigenous peoples[1] and by the confrontation with the political and armed movement of the Ejército Zapatista de Liberación Nacional (EZLN; Zapatista National Liberation Army), the Mexican government modified the Constitution and established, in 2002, that the Mexican nation “has a pluricultural composition upheld by its indigenous peoples who are those who descended from populations that inhabited the country’s current territory at the start of colonization and preserved their own institutions.”[2] This modification implied, at least legally, the abandonment of mestizo identity that spread with special force from the 1940s onwards, when schools served—and continue to serve in practice—as a central tool for its perpetuation. Since that time, the reforms in school curricula for teaching history, among other subjects, were forced to include the new focus on the nation’s identity.

43 Are Missing from the Teaching of History in Mexico

Mexico is experiencing a drawn-out crisis in human rights. The disappearance and subsequent murder of 43 students studying to be rural teachers last September is yet another example of this. At the same time, programs for studying history at the level of basic education and teacher training deny this reality.

Mexico is experiencing a drawn-out crisis in human rights. The disappearance and subsequent murder of 43 students studying to be rural teachers last September is yet another example of this. At the same time, programs for studying history at the level of basic education and teacher training deny this reality by taking refuge in theoretical and methodological approaches produced for other national and cultural contexts. Which history should be taught to promote a just and fair Mexico?

Lenin and Marx as symbols of liberation?

Are historical representations and collective memories one and the same thing? Why and how do they coincide or differ? Local and national contexts most definitely play an important role …

Are historical representations and collective memories one and the same thing? Why and how do they coincide or differ? Local and national contexts most definitely play an important role in this respect. But it is also important and necessary to examine which social and cultural processes influence citizens in aligning memory and history. Let us consider a recent and very drastic example.

The picture above shows a students’ meeting in Guerrero, Mexico, on November 23, 2014.[1] The students gathered are discussing protest actions in response to the disappearance of 43 fellow students on September 26, 2014.[2] The students who disappeared were most probably abducted for protesting against discrimination and other forms of political violence. This incredible incident has produced the most important political scandal in Mexico in recent years. As can be seen, images of Marx, Engels, and Lenin are among the permanent political symbols at this educational establishment. The image includes the well-known sentence from Marx’s thesis about Feuerbach. It is an image very similar to those found in many places throughout Latin America. Plausibly, the presence of these images indicates that for this particular political movement, and probably for many others in Latin America, Marxist and revolutionary characters are very influential for the interpretation of the past. For a majority of Latin America’s youth, Marxist symbols and characters are no doubt representatives or models of resisting political oppression, economic exploitation, and human rights violations. In this vein, it is important to consider that the Marxist weltanschauung has traditionally drawn on history as a social scientific underpinning of its grand narrative of progress and emancipation, ultimately carried out by the Russian revolution. It is very likely that this grand narrative is being represented on the Mexican mural seen above. However, comparing this image with the numerous images depicting the destruction of Marxist monuments all over the former Soviet Union immediately after the collapse of communism raises several questions. For example, how is it possible that Mexican students consider Lenin and Marx as cultural and political models of liberation whereas both figures represent oppression in other parts of the world?

A new view of Marx

Both viewpoints are based more on collective memories than on historiographic research. As I mentioned, collective memories involve selective forgetting. This may also happen in a historiographic endeavor, but the latter at least aims to systematically avoid forgetfulness. For example, various recent publications [3] have shown how Soviet regimes were characterized by an enormous repression of political adversaries and citizens, close allegiance with the Nazi regime, and produced more than 11 million victims. This is clearly “forgotten” by the Mexican students. But at the same time it can be argued that the massive destruction of Marxist monuments “forgets” the systematic repression of Marxist political leaders and citizens by military regimes in Latin America, often supported by the government of the United States of America.[4] In short, it is clear that collective memories are basically contextual and to some extent reactive. In other words, they appear in the context of a particular inherited social and political past. It is along these lines that these Mexican students vindicate the revolutionary role of Marxist figures because these represent their attempt to gain emancipation and civil rights. Probably the students do not consider Marxist figures as symbols of oppression, because this has not been the case in their local and national experience. On the other hand, citizens from former communist countries see in monuments inspired by Marxism the oppression they experienced for decades in their societies. Historiographic research strives for a broader view of social and political problems and takes into account more than one perspective on the past. Collective memories, however, are contextual and local. The most relevant social, cultural, and political context for citizens is their own current national society.

A nationalist trend in history education?

Interestingly, these two divergent settings—Latin American countries and former communist societies—have something in common: their tendency to ground their history education and curriculum mostly in nationalist contents. In both cases, a nationalist view of the past is taken to be perfectly compatible with a particular position regarding the Marxist-Leninist grand narrative. This nationalist trend in history education has been analyzed in much detail.[5] For example, in Mexico students and teachers took to the streets when the government tried to change the school history curriculum through educational reforms in 1992 and 2000 respectively.[6] These historical contents mainly concerned national figures, such as the Child Heroes who fought against the North American army. These children are popular heroes in Mexico, even though their actual role in the military conflict has not been well documented until now. The Mexican government tried to implement a new history curriculum, in which these and similar figures were not present anymore. The attempt to change the history curriculum, and to make it less nationalist, was perceived by a part of the citizenry as an assault on both their collective memory and their historical knowledge. On the other hand, according to Ahonen,[7] both Estonia and the former German Democratic Republic transformed their history curricula radically after the collapse of the communism in order to base them on nationalist narratives and concepts. This tendency is even stronger now and takes into account the very nationalist and patriotic orientation adopted by Russia in recent years under President Putin.[8] Comparing these examples of collective memories, as framed by certain contexts, reveals the contribution of modern history as a discipline to constructing multi-perspective accounts of the past. On the other hand, particularly as regards the collapse of the Soviet Union,[9] the contribution of collective memory to history writing is very clear. As Le Goff observes, “Popular archives can correct official archives, even though the latter can hide and therefore reveal some truths that have been kept a secret.”[10] Thus, collective memory and historiography combined can counteract the attempts of political, ideological, or economic powers to use, suppress, or manipulate history to suit their own interests.[11]

Image Credits
© Saúl Ruiz, 2014. Mexican students of Education in a meeting about civil rights. The mural is quoting Marx: “Until now philosophers have only interpreted the world. What is necessary is to transform it.”.

Copyright (c) 2015 by De Gruyter Oldenbourg and the author, all rights reserved. This work may be copied and redistributed for non-commercial, educational purposes, if permission is granted by the author and usage right holders. For permission please contact: elise.wintz (at) degruyter.com.

Copyright (c) 2015 by De Gruyter Oldenbourg and the author, all rights reserved. This work may be copied and redistributed for non-commercial, educational purposes, if permission is granted by the author and usage right holders. For permission please contact: elise.wintz (at) degruyter.com.

The post Lenin and Marx as symbols of liberation? appeared first on Public History Weekly.