History and Justice: Dialogues from the Eastern Mediterranean

The post History and Justice: Dialogues from the Eastern Mediterranean appeared first on Public History Weekly.

Daring to Teach the Civil War in Lebanon

Abstract: The national curriculum in Lebanon has remained unchanged since 1997. Not only is the 1975-1990 civil war a highly sensitive historical event, but the national education system has made... Read More ›

The post Daring to Teach the Civil War in Lebanon appeared first on Public History Weekly. 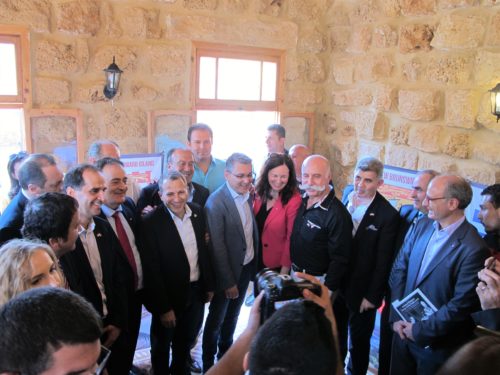 Inauguration of the Lebanese-Canadian House in Batroun in the presence of the three initiators from Halifax, hosted by the Minister of Foreign Affairs and Emigration Gebran Bassil within the agenda of the Lebanese Diaspora Energy Conference 2017 © Marie Karner 2017

In May 2017, the Lebanese-Canadian House was officially inaugurated as part of the Lebanese Diaspora village in the historic centre of Batroun, a coastal city in North Lebanon. Three successful businesspersons who live in the Canadian City of Halifax (Nova Scotia) secured funding for the renovation works and curated the exhibition inside the house. The initiators are also highly engaged in Halifax’s Lebanese community in roles such as the “Lebanese Honorary Consul for the Maritimes” or the “President of the Lebanese Chamber of Commerce”. The honorary consul is one of the well-known property developers with roots in the Lebanese village of Diman. While the first immigrants earned their income as peddlers, today’s so-called “Diman developers” are highly involved in the emergence of Halifax’s skyline thanks to their large investments and influence in planning decisions.

Lebanese diasporic village communities have emerged due to emigration that began to intensify during the second half of the 19th century. Many Christians left their villages in Mount Lebanon to seek better economic opportunities abroad.