Friday week before last, we received the news that so many working groups had been eagerly awaiting: the 4Memory consortium (of historical studies) will become part of the Nationale Forschungsdateninfrastruktur (NFDI), the German National Research Data infrastructure.

This is exciting news for FactGrid, just weeks before its fifth birthday. We will be acting as an official repository for historical data in the upcoming NFDI structure. German projects can now make a good case that FactGrid is the optimal platform for their data.

Changing the rules of our present research data management

The German National Research Data Infrastructure aims to bring transparency and sustainability to all research fields, from microbiology to computational linguistics. Whether researchers are still collecting data entirely for themselves in private Word documents and Excel spreadsheets, or whether they are working on digital platforms that are more or less designed like conventional books, designed to be read and looked at – they will face new questions in their research grant applications: Do they produce data? Do they correct publicly available data? If so, the new questions will be: How do they make sure that others can actually work with their data?

FactGrid wants to become part of the Wikidata federation ecosystem

Linked, open data and Knowledge Graphs show their full power when they are connected. In technical terms this is called federation. A query across multiple data sources is then a federated query.

For example, an item from FactGrid is linked to the corresponding item in Wikidata to retrieve complementary information. This way, there is no need for redundant data in two different data sources, which in case of doubt are not synchronized.

A very simple query shows the partners of Magnus Hirschfeld, a renowned sexologist in the 1920s, from Wikidata as well as DBpedia, a knowledge graph derived from Wikipedia. It shows: Both data sources have partners, but different ones and both are correct. Only a federated query gives the full picture.

You are not looking at a sheet of cookies or ceramic tiles (in slide 2), these are a group of tablets from the Anatolian Civilizations Museum in Ankara, Turkey. They come from an ancient city called Kanesh, in Kültepe Turkey, in the region of Cappadocia, where more than 20k tablets have been recovered (so far) which date between 1930-1730 B.C. Each of these tablets record the names, places, and notable objects of a world once forgotten to history, but one that we can now restore and preserve through digital tools and methods. But before diving into the digital world of these objects, let’s talk briefly about why these objects are in need of protection and digital preservation.

Why build a multi-modal Linked Data Model for Cuneiform Languages?

There are numerous reasons why building a linked data model will be helpful to many different parties. 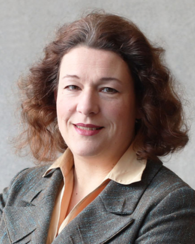 FactGrid is a wonderful, free and collaborative resource that the University of Erfurt in Germany has made available to the international historical community. Many potential users are unfortunately put off by its apparent complexity. It is true that an initiation is necessary to exploit all its possibilities. In the future, new tools should make it much easier to use. In the meantime, it is possible to use a certain number of tools that already exist on the platform.

Here I will introduce the FactGrid Viewer tool. A first use of FactGrid is simply to search and browse the database. This is accessible to everyone, without the need to log in. However, the user interface (which is that of Wikidata) is not very engaging. In fact, it looks more like an input mask than a user interface.

FactGrid is a graph database. If you run searches in such a database you should rather not think of a resource filled with tables (of people, places, organizations, documents…) that relate to each other but of something more spatial more geometric.

Think of your own knowledge. You will not be able to give a table of all the names that have a meaning in your knowledge or of all the places related to these names. Our knowledge is more like a web of interrelated objects. Nicolaus Copernicus? Is the man who wrote De revolutionibus. What else do you know?

Twenty years on tour: The Velten Theatre Company’s journeys from 1693 to 1712

This may come as a postscript to the previous or as a sneak preview of upcoming projects that will deal with theatre and its history. An interesting topic with all the networks of actors knitting their personal ties in ever changing ensembles of travelling companies that visit cities and courts, of emerging houses with standing ensembles, of authors, of plays and of various roles – and then again of actors who would play certain types in various plays…

The following itinerary follows one of these groups, the so called Hochdeutsche Hofcomödianten or the Velten Company, named after the Veltens, a couple who were the directors between 1670s and 1712.

The image catches all the journeys this group took between 1693 and 1712, the years when Catharina Elisabeth Velten was the company’s director. The FactGrid viewer gives the list of the known stays as Günther Hansen noted them in his Formen der Commedia dell’ Arte in Deutschland (1968), p. 269.

The image is interesting as it captures a structural characteristic of the itineraries which theatre companies were likely to produce back in the 17th and 18th centuries.

William Taylor’s typesetter was reading Crusoe’s history with full attention. That is why he stumbled over that date which the manuscript gave him for his page 46. 1659, “the same Day eight Year that I went from my Father and Mother at Hull”. Crusoe had left his parents in 1661, so he had stated on 7. Should that have been 1651? Or should it now be 1669? There as apparently no time to waste. He skipped the problem and left two blanks.